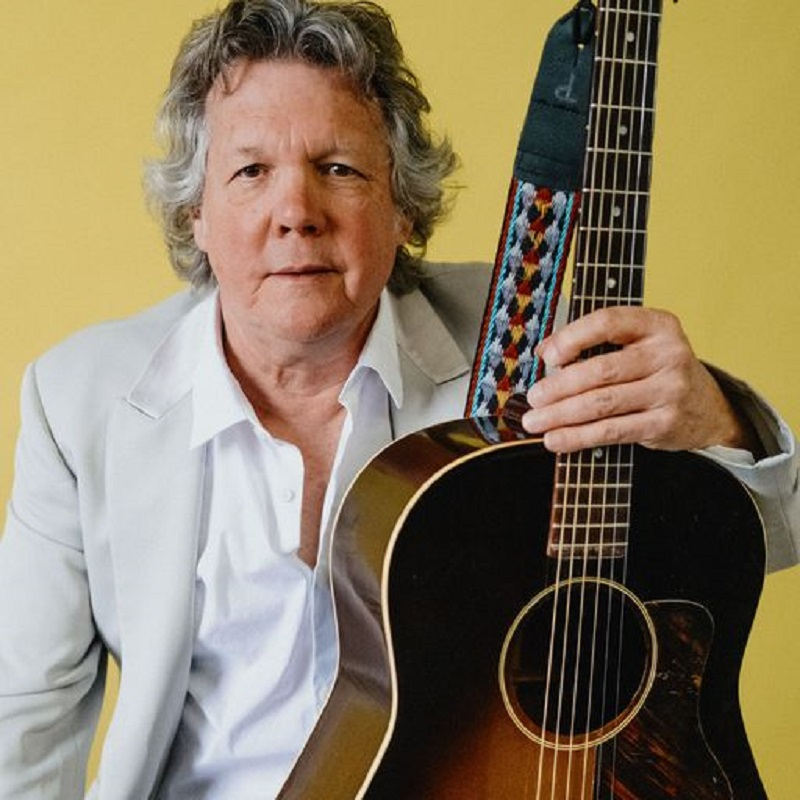 $22 adv / $25 dos
Buy Tickets
Years before Americana music earned its own category at the Grammy Awards, Steve Forbert helped pioneer the genre's mix of folk, roots-rock, and richly delivered storytelling. He's been a torchbearer of that sound for more than four decades since, navigating the twists and turns of an acclaimed career that's taken him from gold records to Grammy nominations, from New York City's CBGB to Nashville's Bluebird Cafe, from his 1978 debut album to 2022's vital and versatile Moving Through America.
Steve Forbert 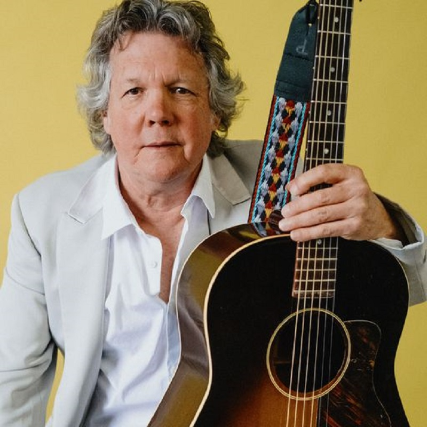 Years before Americana music earned its own category at the Grammy Awards, Steve Forbert helped pioneer the genre's mix of folk, roots-rock, and richly delivered storytelling. He's been a torchbearer of that sound for more than four decades since, navigating the twists and turns of an acclaimed career that's taken him from gold records to Grammy nominations, from New York City's CBGB to Nashville's Bluebird Cafe, from his 1978 debut album to 2022's vital and versatile Moving Through America.

"I'm not trying to refine or reimagine what I do," says Forbert, a longtime road warrior who continues to spend the bulk of each year onstage, on the road, and in the writing room. "This is a continuation. I'm telling new stories, but my focus has always been the same. It's always been about the songs."

The songs take centerstage once again with Moving Through America. Filled with character portraits and quirky insights, the album unfolds like a mosaic of modern-day American life, delivered by someone who's been crisscrossing the country for nearly half a century. With an author's nuance and a humorist's wit, Forbert offer glimpses into the everyday lives of his characters: a dog running from the sky's thunderclaps; a Houston man preparing to take his girlfriend out for fried oysters; a former drug dealer celebrating his freedom after incarceration; a road-tripping motorist steadily making his way across the midwest. Forbert inhabits each character, turning their storylines into first-person narratives that blur the lines between subject and scribe. Backed by the same band that appeared on his collection of cover songs, Early Morning Rain, in 2020, he sounds every bit as spirited as he did in the late 1970s, back when he left his hometown of Meridian, Mississippi, and headed to New York in search of new horizons.

"I was a fan of the Byrds and the Lovin' Spoonful," he recalls of those early years up north, "but I also loved the singer/songwriters from that era. Country music, too. Gram Parsons was a real touchstone for me, and there wasn't a name yet that could encompass all those sounds. I wanted to keep that sound alive with my own music, and I didn't care that this was the late 1970s in New York City. I watched pop music go through a lot of changes, particularly in the eighties, but it never made me want to change what I was doing. I was making music that sounded like the way I felt.”

His unwavering work ethic soon paid off. "Romeo's Tune," a track from Forbert's 1979 breakthrough, Jackrabbit Slim, became a hit, climbing to Number 11 in the U.S. and pushing its accompanying album to gold status. When New Wave bands began to dominate the FM airwaves several years later, Forbert stuck to his guns, continuing to fly the flag for organic roots music that proudly blurred the lines between genres. Releasing 20 albums in twice as many years, he has remained prolific well into the 21st century, serving as an elder statesman of Americana music while still writing music that's spry and steadfast. He's also a member of the Mississippi Music Hall of Fame, author of the lauded memoir Big City Cat: My Life in Folk-Rock, and a Grammy nominee for his tribute to Jimmie Rodgers, Any Old Time. Meanwhile, his older songs continue to resonate in today's world, with Keith Urban recording his own version of "Romeo's Tune" on the artist's platinum-certified album Greatest Hits: 18 Kids.

Moving Through America marks a new chapter in a story that's still unfolding. These are songs for the head, the heart, and the heartland, from the acoustic funky-tonk of "Please Don't Eat the Daisies" to the Tom Petty-worthy "Say Hello to Gainesville," which salutes the head Heartbreaker himself. It's an album that celebrates the art found in the everyday, created by a legacy songwriter with plenty of fuel left in the tank. Steve Forbert is still moving through America, and with his latest album, he takes us with him.